The client brief for this commission was to interpret the philosophy of the groundbreaking social welfare project that the windows were being installed into.
The first of it’s kind, this building would house elderly residents in one half and kindergarten students in the other. Built as a ring with a large open playing field in the centre, the young children can always be seen playing from the balconies of the elderly residents. Although the two halves of the building are kept separate, plenty of opportunities arise for supervised interaction, allowing for important intergenerational discourse in a world where this is becoming less and less common.

This commission was undertaken whilst I was Creative Director of the studios at Creative Glass Guild. It was designed by me and was constructed with the studio team.

« Back to all work 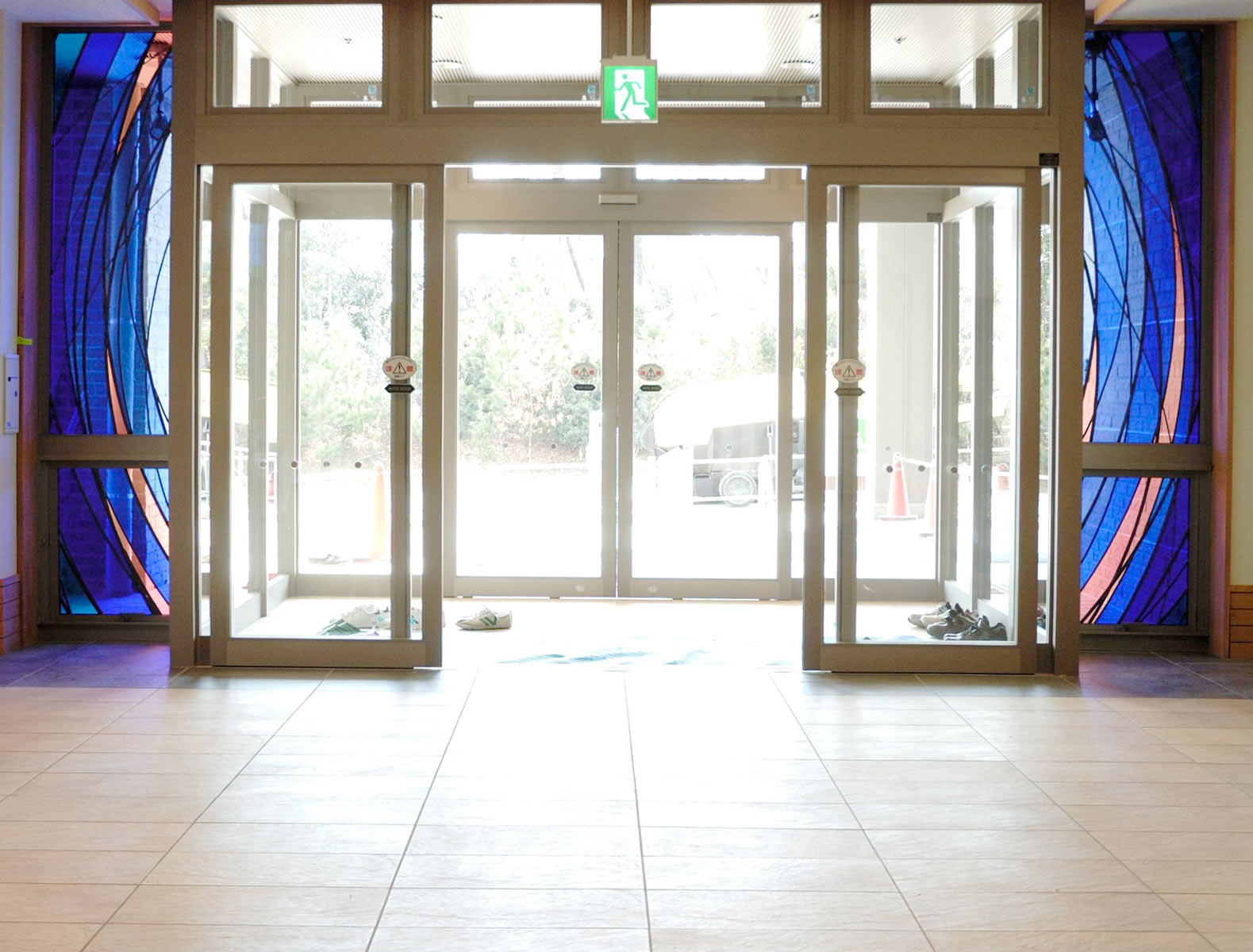